- February 06, 2020
The "Sands Study" is easily my best work to date in my opinion and it sort of materialized on its own. The dunes provided so much inspiration that a series became the logical route to take. While the study will continue to grow, as I won't be retiring from dune photography, the Long Shutter Project will also continue to expand. Another series may materialize like the "Sands Study" but I've also been developing some ideas as well. For this list of 10 I'm looking at 10 photo series you could see in the future.

10. Clouds
When it comes to the idea this series is barely a seed at this point. My head tends to be up in the clouds more often than not but I haven't experimented with cloud photography very much. When it came to filling out this list I ran out of series that I've actually been developing and had to look for subject matter that could potentially warrant one. Clouds vary widely in shapes and colors and their movement also offers some creative opportunities to explore. Of all the series on this list, this one is the least developed but a little experimentation could fast track the idea like the "Sands Study". 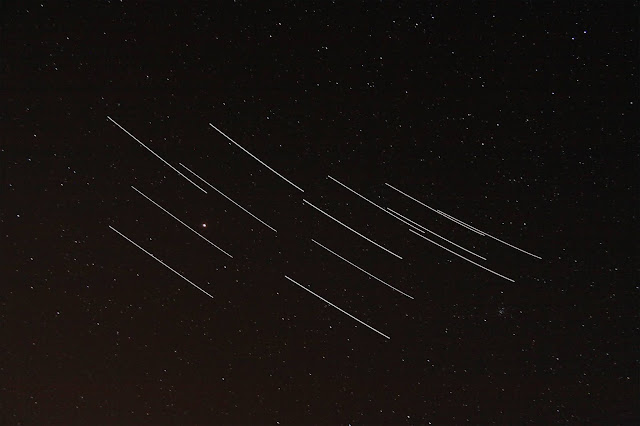 Have you ever wondered about the lines in my logo? That pattern of diagonal lines actually stems from my first photography series back in my college days. The series involved hour long exposures of the stars of which I would isolate the trails that made up select constellations. The lines in my logo are from the constellation Leo. Reopening the series crosses my mind from time to time with a few modifications. The one major adjustment will be photographing the stars in warmer months for a start. The original series had a time restraint which had me laying on frozen lakes for hours throughout the Northern Michigan winter. I'm still surprised the batteries survived the hour long exposures. I was really intrigued by the pattern each trail made and I've been toying with the idea of brushing up on my star mapping again.

8. Water in Motion
Another seedling of an idea but one I've played with in the field on occasion. There's something about the flow of water that I find mesmerizing. The smooth glass-like lines that form as the fluid moves over rocks is a beauty I've attempted to capture. I haven't dedicated enough time to this idea yet so I wouldn't expect to see this released any time soon but an extended stay in the Pacific Northwest could be enough exposure to waterfalls to give this series legs.

7. Denver Breweries
This is more of a personal series than an artistic endeavor. I love how big the craft beer fad has gotten and there are no shortage of breweries in Colorado. Denver especially has a saturated market for craft beer of which I've been trying to tackle for the last five years. New ones are constantly opening and each one has a unique style. Whether in a strip mall or a repurposed factory they all have character. I've been playing with the idea of photographing as many of the small craft brew locations as I can find in the city. What I would do with they photos remains the mystery but I think it could make an interesting book. 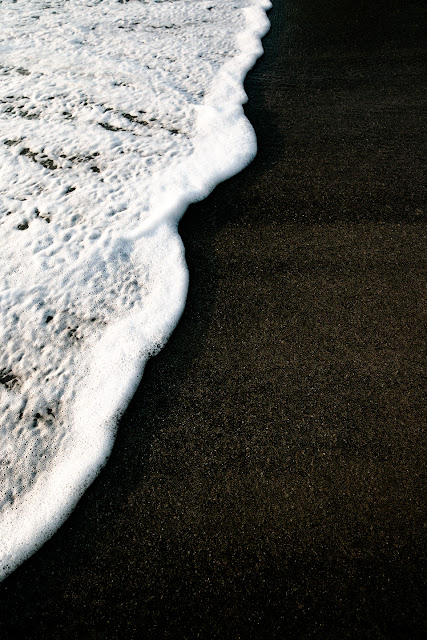 Not to be confused with the water in motion series listed above, a series inspired by ocean waves would be a stand alone series. I'm drawn to the rhythmic crashing so much that I have been burning hundreds of exposures at every beach I've visited for the last few years. The hoards of photos has yet to reveal a direction for the series but I know there's something there. The closest I've come has been in Costa Rica with the photo above. Much like the majority of my photography I'm sure the interest revolves around texture. The problem with waves is they move much faster than sand dunes so finding the right composition is going to take a lot of experimenting. Luckily I have a wife infatuated with the beach so I'll get plenty of opportunities to get lost in the foam. 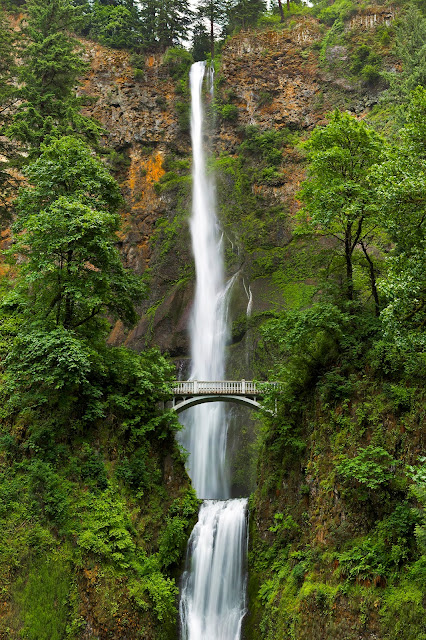 My goal as an artist has always been to stand out in the ever growing landscape photography market. The first step in doing so has been to avoid the ticket taker locations. Maroon Bells, Antelope Canyon, Grand Mesa Arch, these locations have been beaten to death by photographers taking the same shot. I learned that lesson the hard way at Maroon Bells a few years ago and have sworn off such locations ever since. One day I had this idea however to make a photo book of all of these locations and call it the Do Not Shoot Book. The idea isn't to condemn the photographing of the locations but to encourage photographers to branch out from those common compositions. Blaze your own trail rather than plant your tripod in the designated spot and wait for the light to align. 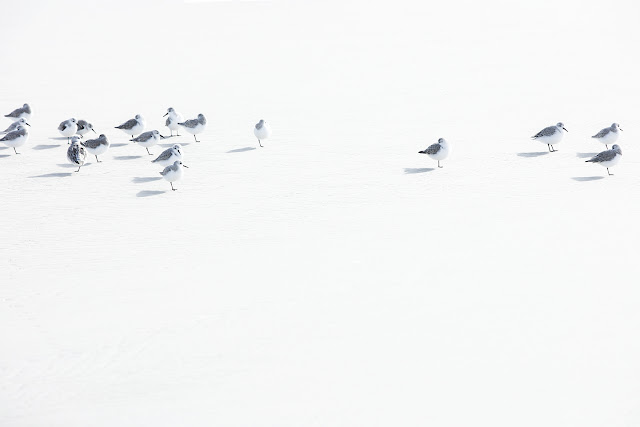 Now we're getting into the serious ideas. Animal collectives originated on my Gulf Shores tour a couple winters ago. I was chasing some seabirds across the beach and was amazed at how simple a large collection of animals could look. As I was considering adding my first animal photo to the gallery it dawned on me that this should be its own series. I've got some wildlife photographer friends that could help guide me toward migratory animals. There are even festivals that revolve around the annual gatherings. Animals don't fit my current collection but photographing them with a minimalist or abstract approach would align with my style and expand my collection.

3. Midwest Winter
I came up with this idea during my winter road trip last year. Driving through whiteout conditions in South Dakota my attention started to waiver from the snow covered road to the farm fields on either side. The trees and fence lines gradually fading into the blizzard surrounded by white tempted me to pull over but being on a major highway (in a Prius) I decided to keep the wheels moving. Eventually the plan is to move back to the Midwest which will make it much more practical to carry out this series.

2. Flowers for Alzheimer’s
The Long Shutter Project was started in an effort to raise awareness for muscular dystrophy, a cause very dear to my heart. The project wasn't limited to helping a single cause though. The Long Shutter Project was created to do more with my photography by helping others. It was decided soon after the Earth Forms collection was established that a second branch would be added to benefit Alzheimer's. I've known for years that the Alzheimer's collection would feature flower photos but have been struggling to come up with a creative approach for the series. I've been photographing flowers since I first picked up a camera and know how popular flower photos are for decorating. I've wanted to build a catalogue of flower photos organized by color to make it easy for people to coordinate with their homes but would still like a parent series closer to my minimalist style to launch the series. 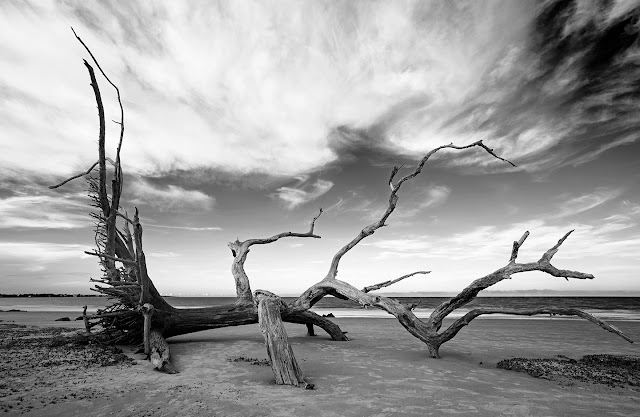 Does anyone else marvel at the skeletons of trees? Once the smaller branches and bark is stripped from the tree, I find the remaining form so beautiful. This series has been on my mind long before the "Sands Study" came about and has gone through a number of iterations. Of all the series on this list, this one has the greatest potential to be the followup to the "Sands Study". A lot has to be ironed out but every time I visit Driftwood Beach I take a step closer. I'll be making my third trip there in April and maybe the base for the series will come back with me. 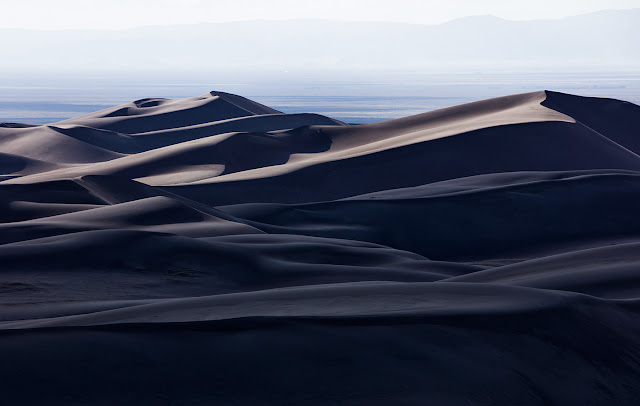 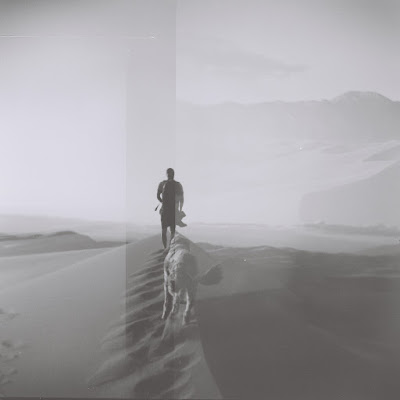 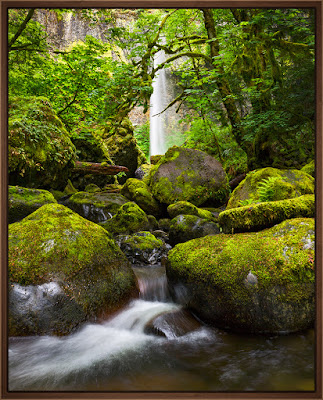 Last year I expanded my ordering options with a line of hand crafted wood frames. After months of planning and designing I created two molding styles and framed one of my pieces using each. Those frames appeared in every 2018 festival I attended. People enjoyed the frames but the response was even better when they found out they were handmade. One of my goals for 2019 is to come up with at least two more options to add to the line. I’ve had some designs bouncing around in my head but really wanted to push my creativity so for the final list of 10 I forced myself to come up with 10 new molding designs.

While the idea was to design 10 new moldings, the details of each design are loose. You'll notice I left out dimensions and while I tried to exhibit the general colors I had in mind, I didn't specify the types of wood that would be used. I plan on experimenting with different techniques and wood species throughout the year which will hopefully lead to at least two new optio…
Continue Reading »